The first time I heard about the Cube was when I met Monica Bolles in NIME 2017. We shared our interest for spatial audio and she recommended me the spatial music workshop held at the Moss Arts Center in Virginia Tech (Blacksburg, Virginia), where you can learn how to control more than a hundred speakers in a space called The Cube. I kept the idea in mind, and applied a proposal related to the AudioCommons project for the forthcoming workshop edition, to be held in August 2018. This NIME’s edition was coincidentally held at Virginia Tech during early June, so I had the opportunity to experience the programmed performances at this stunning multichannel space before the workshop.

The Cube is one-of-a-kind research and performance space that since 2013 features a high-density loudspeaker array (HDLA) of 139 speakers, comprising 124 satellite speakers distributed in 3 levels and a top grid level, 10 floor-standing speakers, and 5 subwoofers (Lyon et al. 2016). The space has been designed to support multiple audio spatialization approaches, including ambisonics and wave-field synthesis. The space also has a motion capture system. The possibilities are multiple, ranging from immersive 3D live performance or installations, to augmented reality, to visualization and sonification of large datasets such as the spatial aural tornado simulation. More information about the history and possibilities of the space can be found in Monica Bolles’ blog post The Cube: Virginia Tech’s High-Density Loudspeaker Array, which includes an interview with Ivica Ico Bukvic, who originally envisioned the technological infrastructure for The Cube in 2008, and Eric Lyon, who is the director of the Sound Music Workshop (SMW) and the Cube Fest. 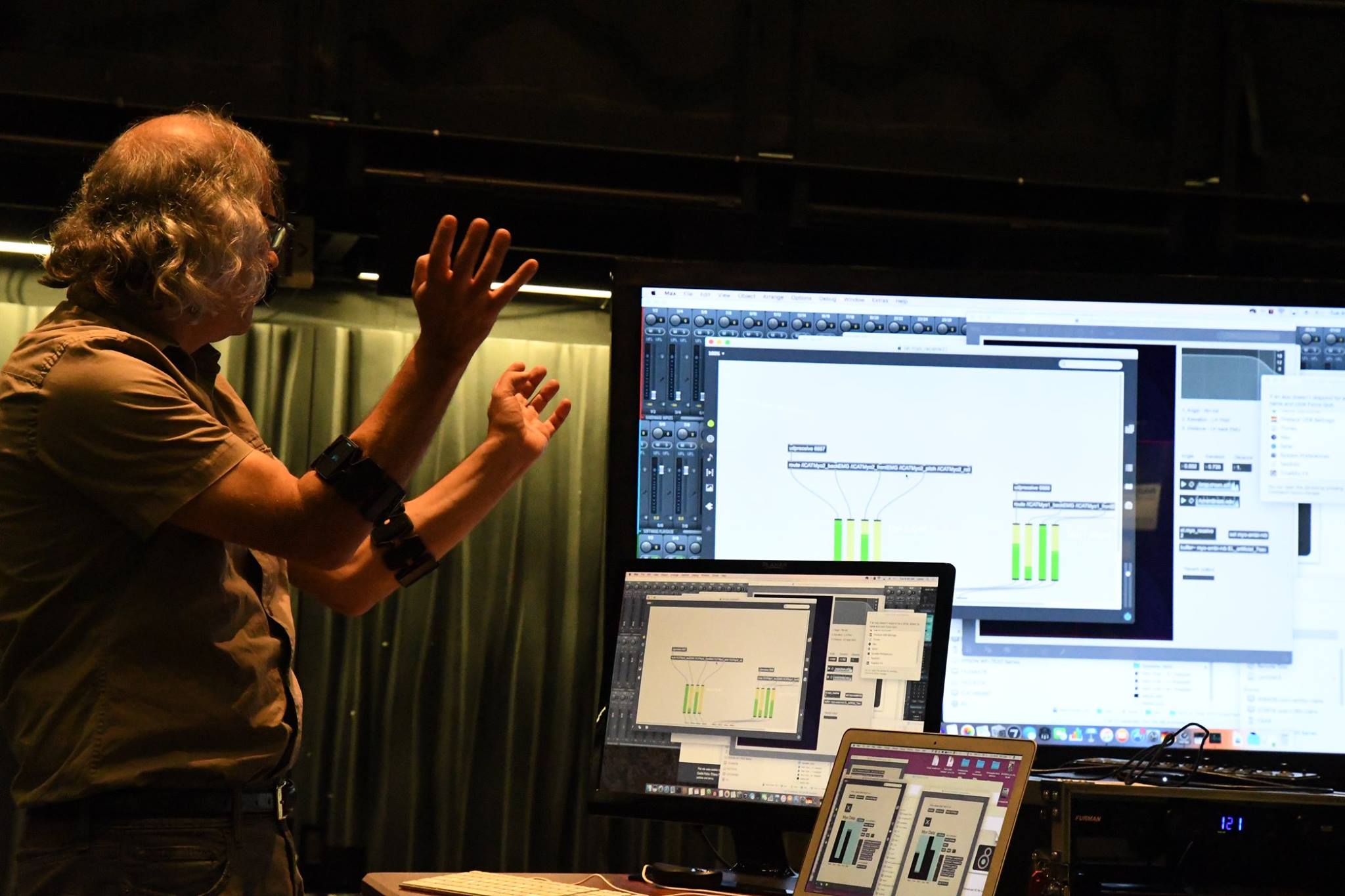 The Research ReSounds @ The Cube Fest 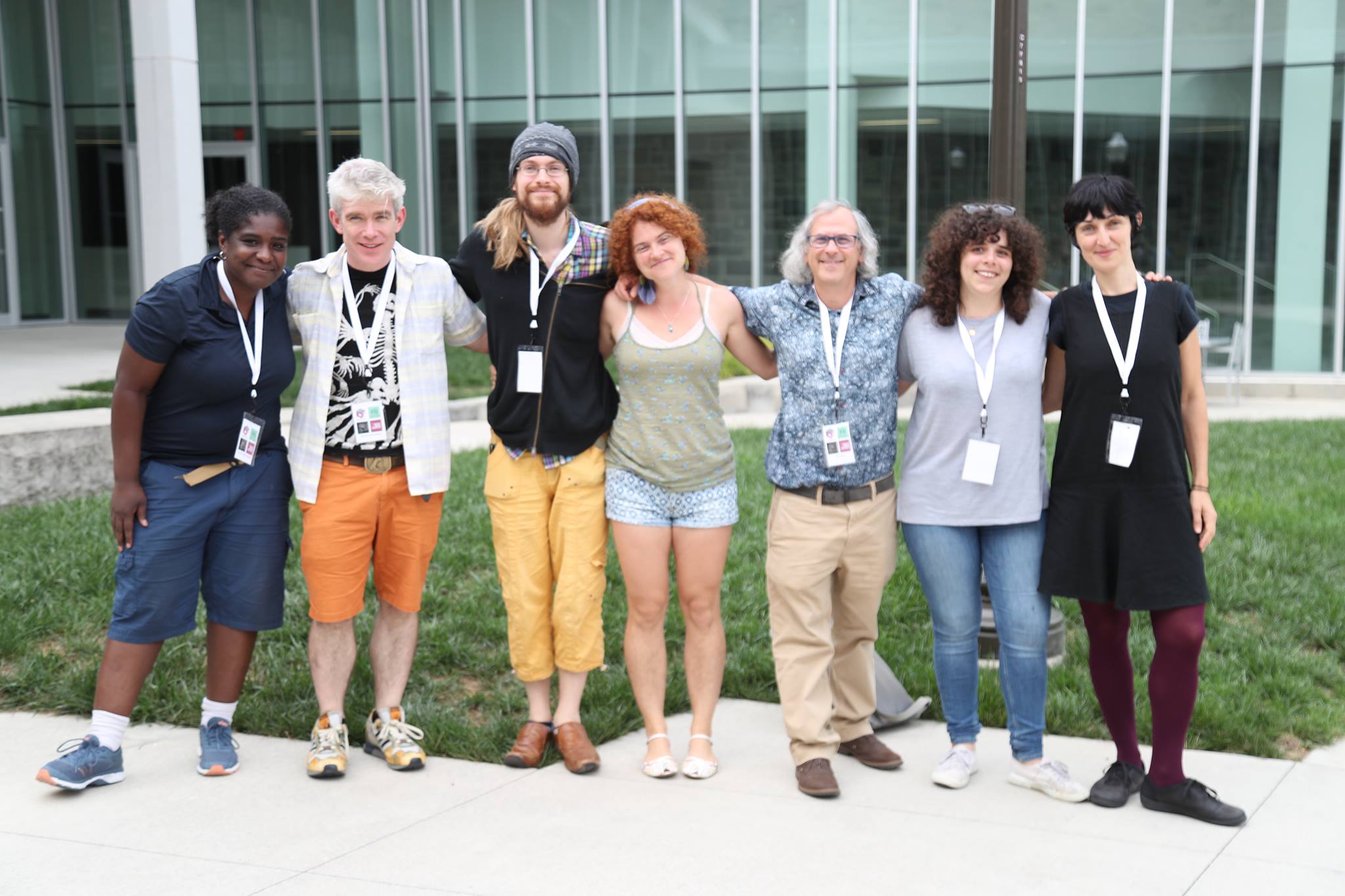 We had a concert at the end of the week, Research ReSounds, which was scheduled as the first Cube Fest concert! The concert was rich and varied! Kai Olliver & Francine Dulong explored in These Times the motion tracking system with ballons and invited the audience to participate. Destination Freedom by Yvette Jackson presented a new episode of her radio opera series, an immersive electroacoustic experience that narrates the search of freedom in a journey of Africans transported to the Americas. Lee Gilboa’s In(n/H)er Head explorated the spatialization of inner voices using a customized Roli block that spatialized the voices according to gesture motion. Ted Moore and Kyle Hutchins improvised a work based on saxophone and spatial audio. Finally, Ryan Baker showcased Robotmonkeyarm, three different pieces that combined sound design with music production techniques. The online program notes can be found here.

For this workshop, I developed and presented the piece MareNostrum. The theme of the piece is around supercomputing centers and the acoustic properties of large-scale computation systems in massive spaces, particularly how a supercomputing center of quantum computers would sound like. The piece is based on the musical spatialization of sounds from crowdsourced online databases from the AudioCommons ecosystem, such as Freesound.org, combined with personal recordings from the Barcelona Supercomputing Center (BSC) and sound synthesis generated with SuperCollider. Some of the sounds were processed using the AudioCommons tool AudioGaming’s AudioTexture and the whole composition and performance was developed in SuperCollider. The piece can be listened to in the embedded video below. 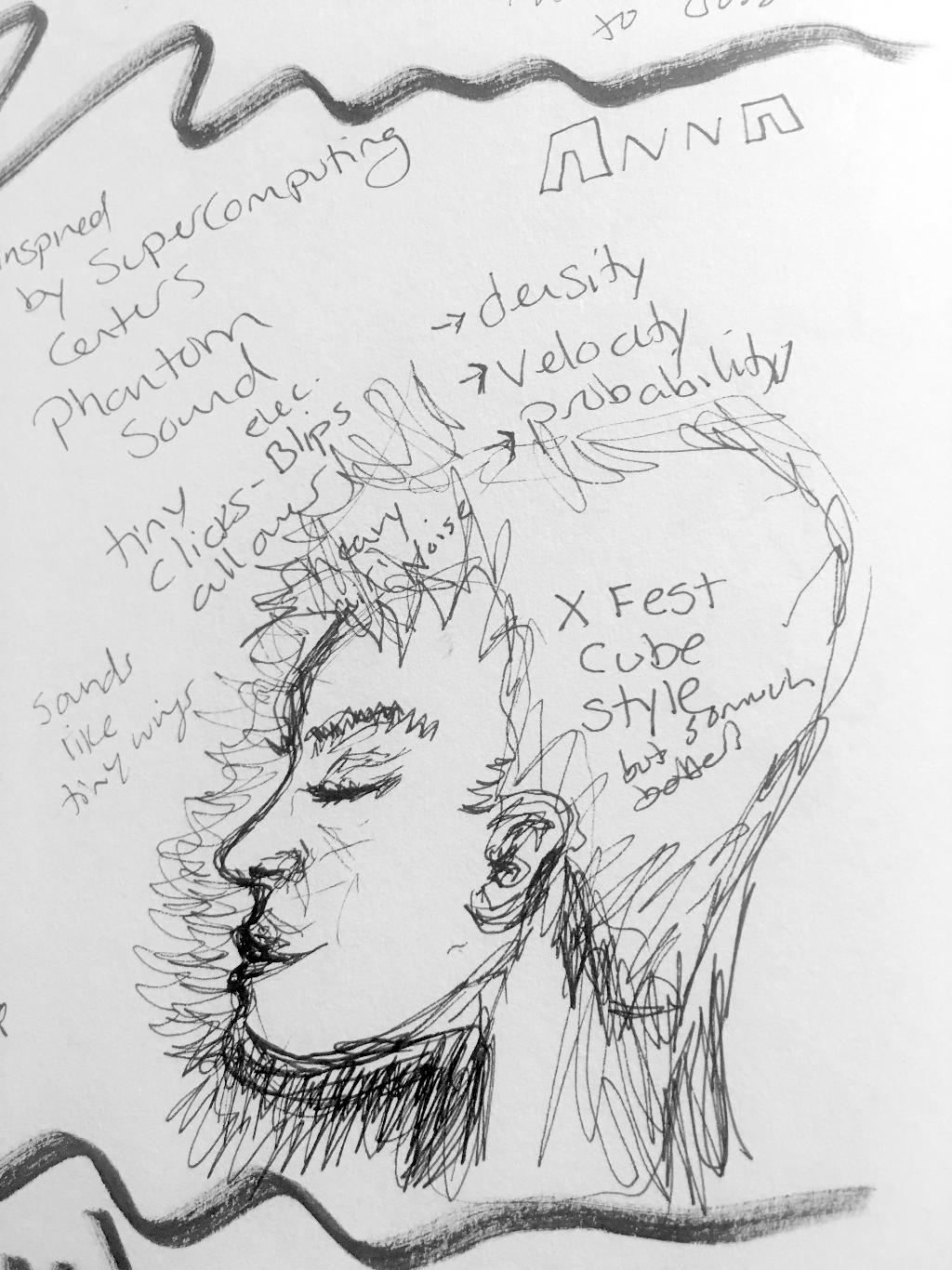 After this spatial music workshop, there is no way to go back: spatial audio in HDLA systems brings a new dimension to the field of sound and music computing, with many years to follow!

I am thankful to the workshop organizers Eric Lyon, Tanner Upthegrove, DJ Malinowski, Ivica Ico Bukvic, and the Virginia Tech team for the opportunity of attending this workshop and sharing their knowledge with us. Thanks to Donnie Bales, for coordinating our performance at the CubeFest. I am also grateful to Monica Bolles for suggesting me to attend this workshop.

This work relates to the AudioCommons project, which is funded by the European Commission through the Horizon 2020 programme, research and innovation grant 688382.