On the 25th of October, some of the tools developed within the Audio Commons Initiative were presented at the event organised by FAST IMPACT at Abbey Road Studios for the FAST Industry Day.

Several of our tools allow the navigation of vast catalogues of sound and music content which is facilitated by a common data model: the Audio Commons ontology. This is used to support a common Web Application Programming Interface for the ACE.

In the following, we present some tools for music production and discovery that have been developed and tested through our research project. 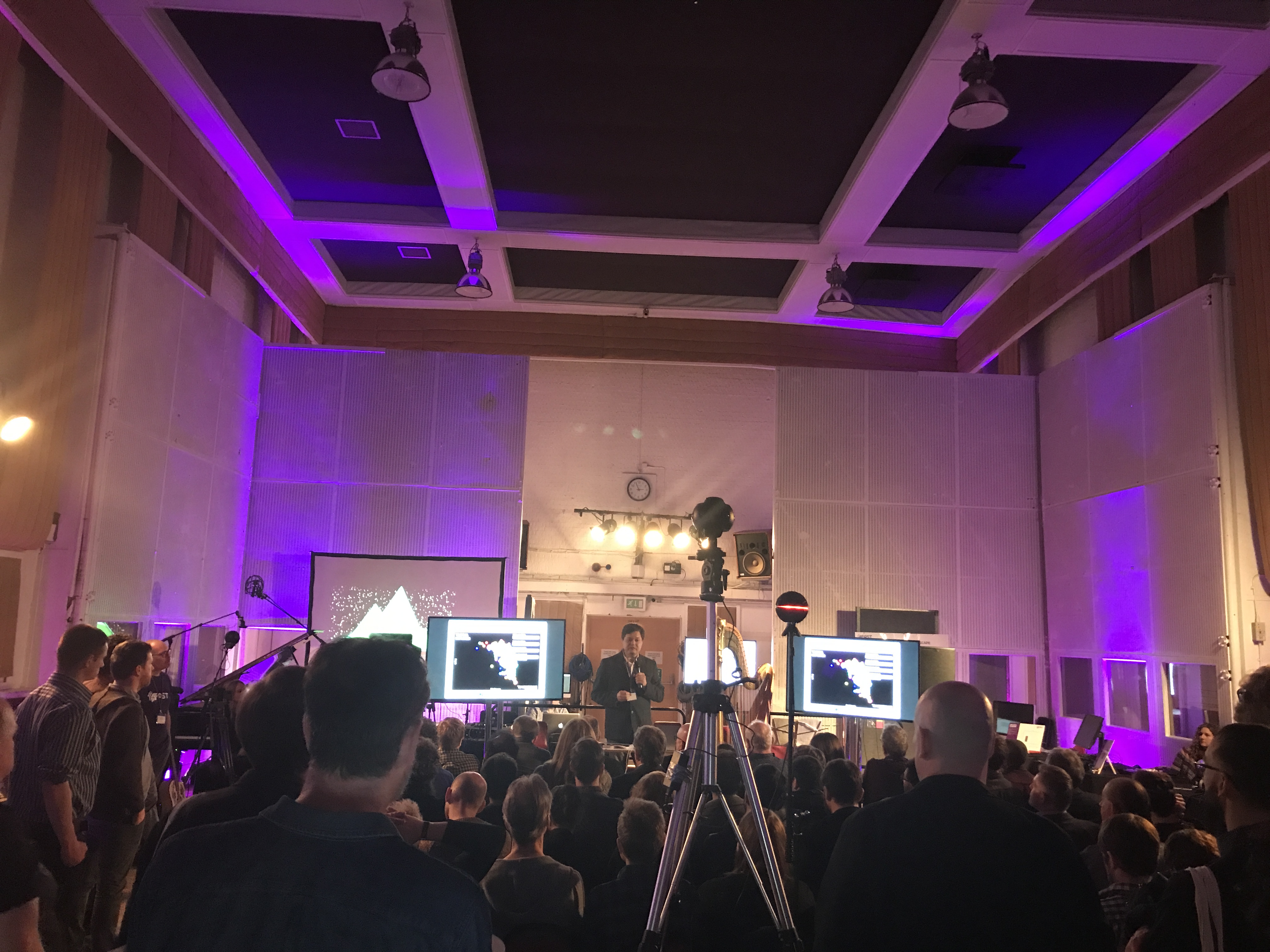 SampleSurfer from Waves Audio Ltd. provides an audio content search engine embedded in the digital audio workstation with instant listening capabilities and transparent listing of licensing terms including Creative Commons content. It also embeds tools for content manipulation and repurposing. With SampleSurfer users are able to efficiently share, use and manipulate sounds within their DAW. 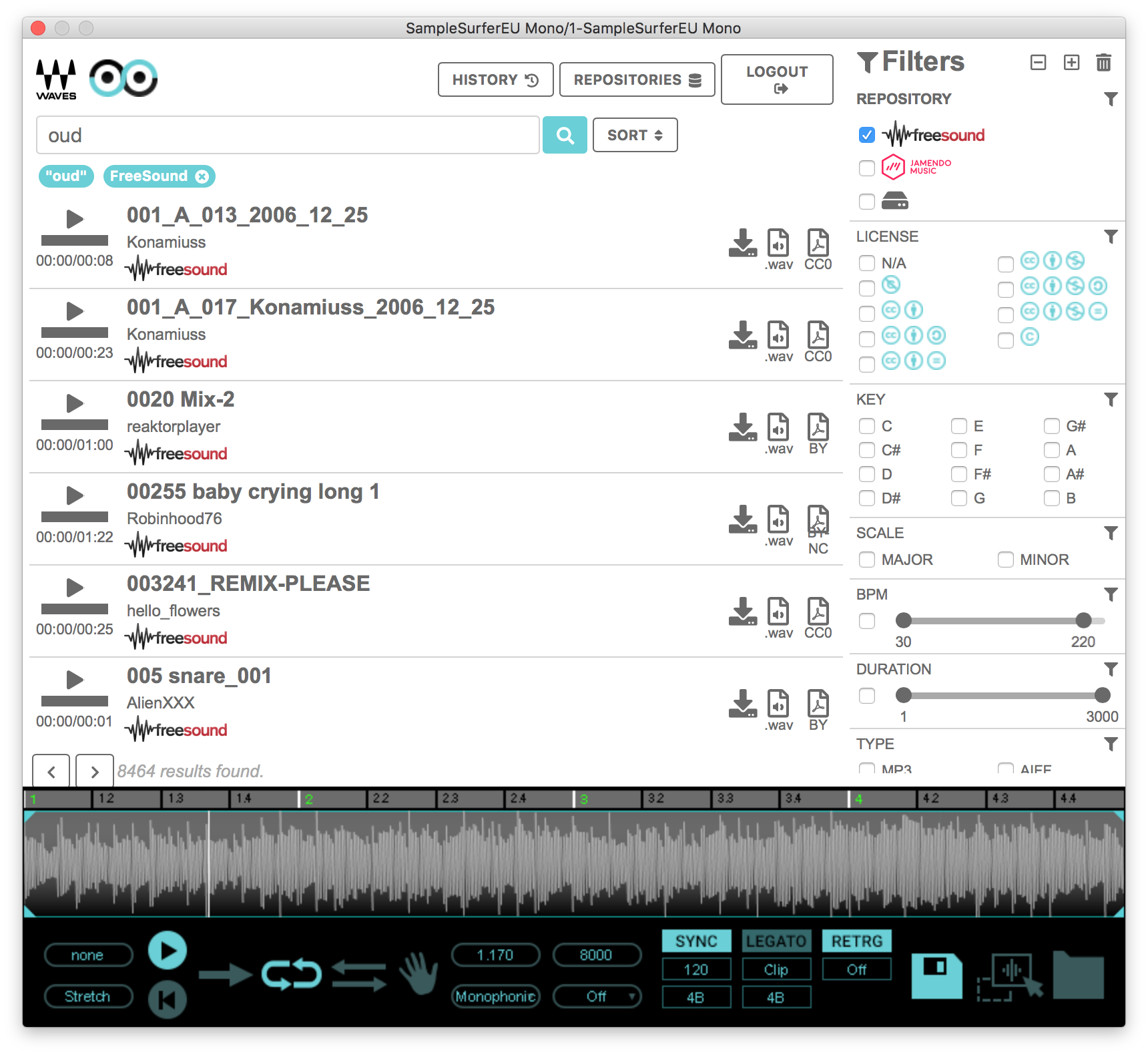 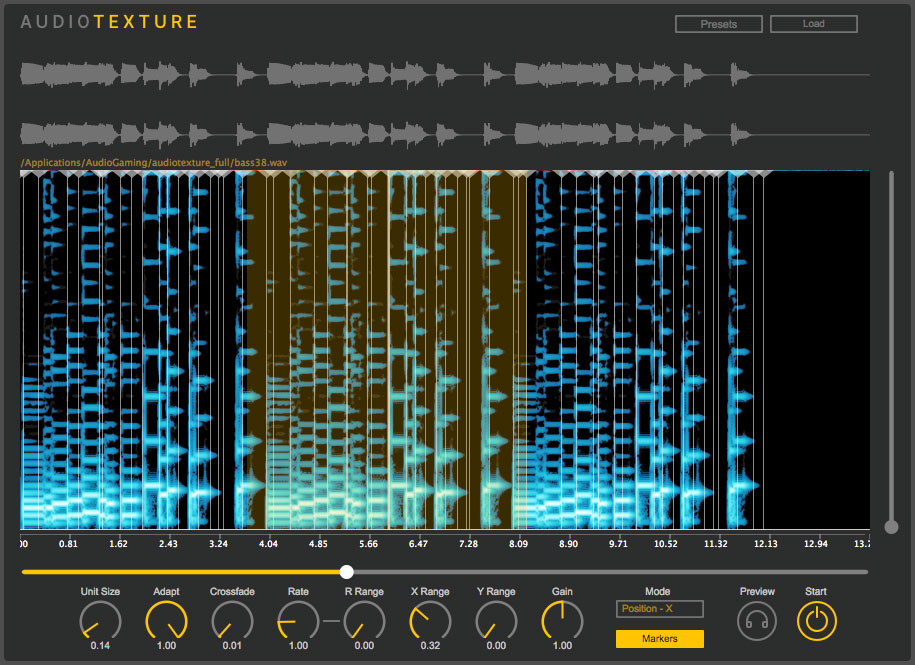 Identifying suitable sound effects for an audio project can be a difficult task but current tools are typically limited to keyword search. Filtering and sorting sound effects by their timbral and reverberant characteristics offers a better solution. As part of the AudioCommons project we have developed perceptual algorithms capable of predicting the Hardness, Depth, Brightness, Roughness, Warmth, Sharpness, Boominess, and Reverberation of sound effects to rank, filter, or limit the range of search results, assisting users to find the sound effects they want. 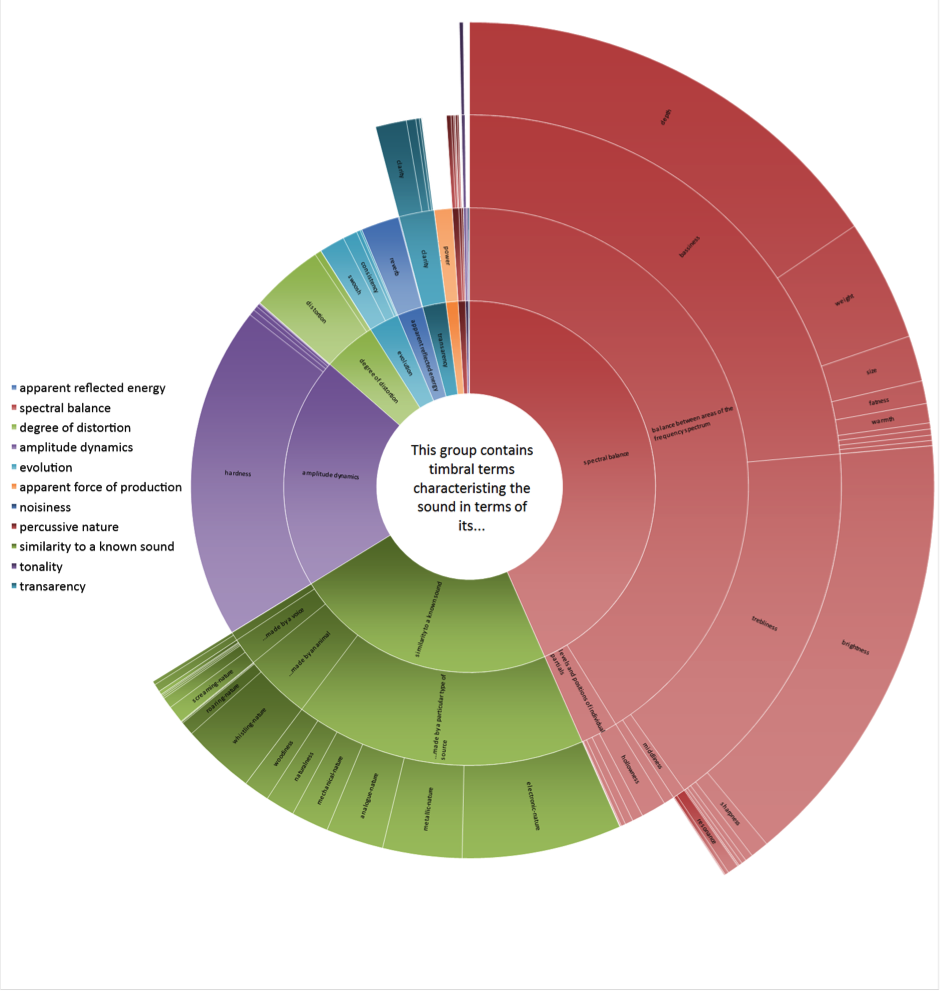 Figure 4. How often each timbral attribute is searched on freesound.org

You can find more information in this blog post by Andy Pearce.

Freesound is an online collaborative sound database hosting more than 380k sounds by 20k contributors and published under Creative Commons licenses that allow easy reuse and modification in both commercial and non-commercial projects. Freesound is the biggest Creative Commons sound database with120M downloads since 2005. Freesound was developed at the Music Technology Group of Universitat Pompeu Fabra, one of the leading music technology research groups worldwide. 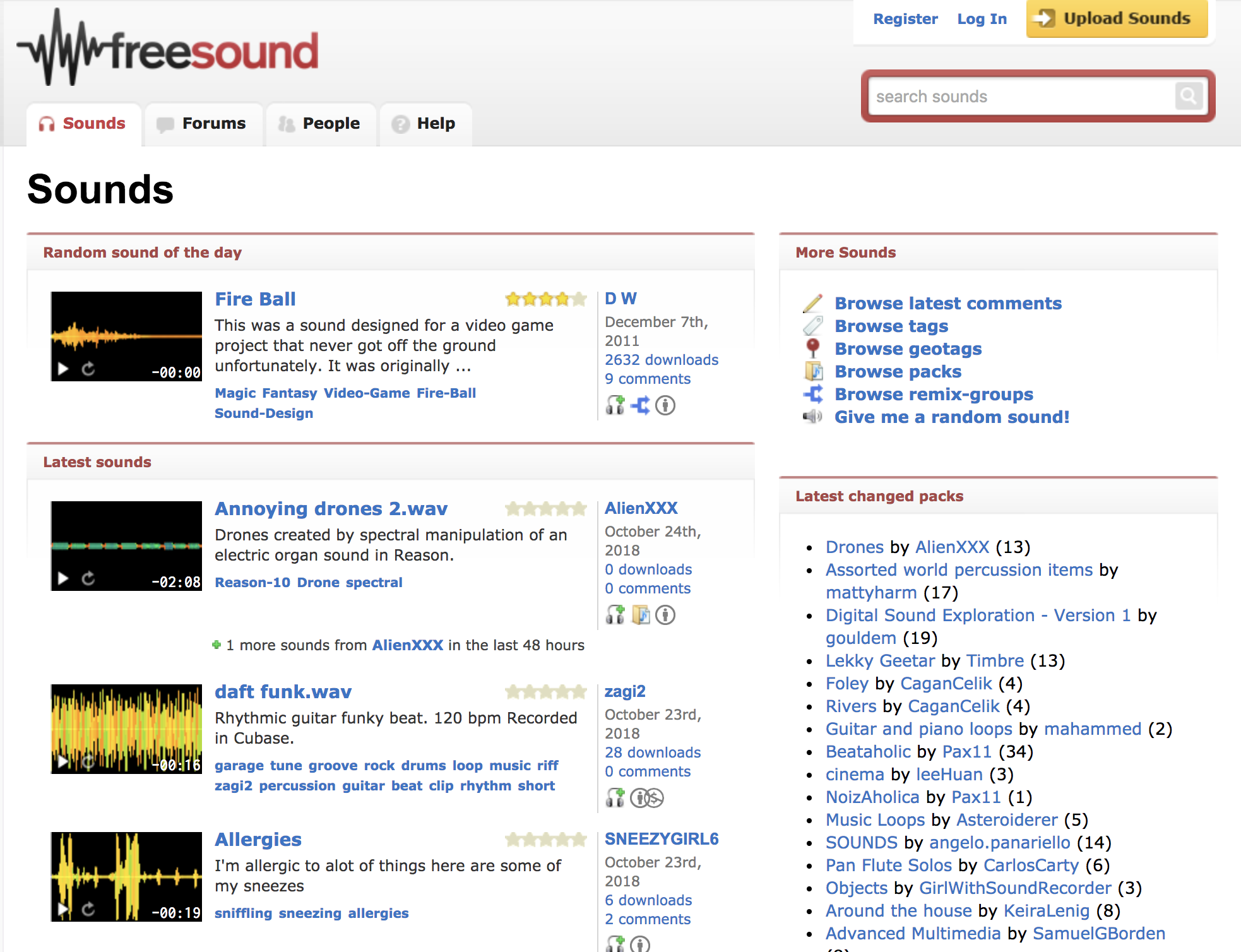 Frederic Font explains in this blog post how to use the Audio Commons Audio Extractor with Freesound.

Jam with Jamendo brings music learners and unsigned artists together by recommending suitable songs as new and varied practice material. In this web app, users are presented with a list of songs based on their selection of chords. They can then play along with the chord transcriptions or use the audio as backing tracks for solos and improvisations. Using AI-generated transcriptions makes it trivial to grow the underlying music catalogue without human effort. 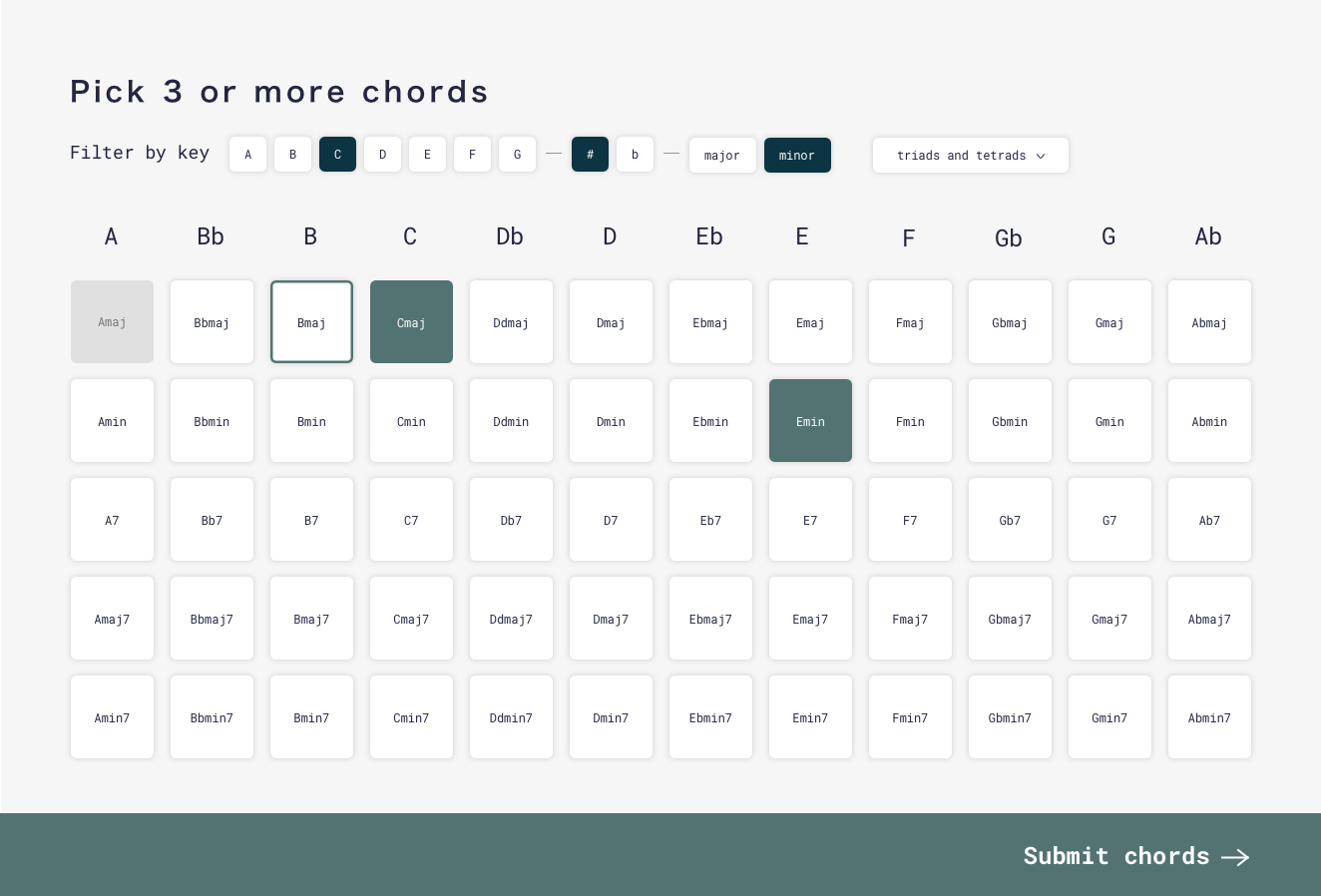 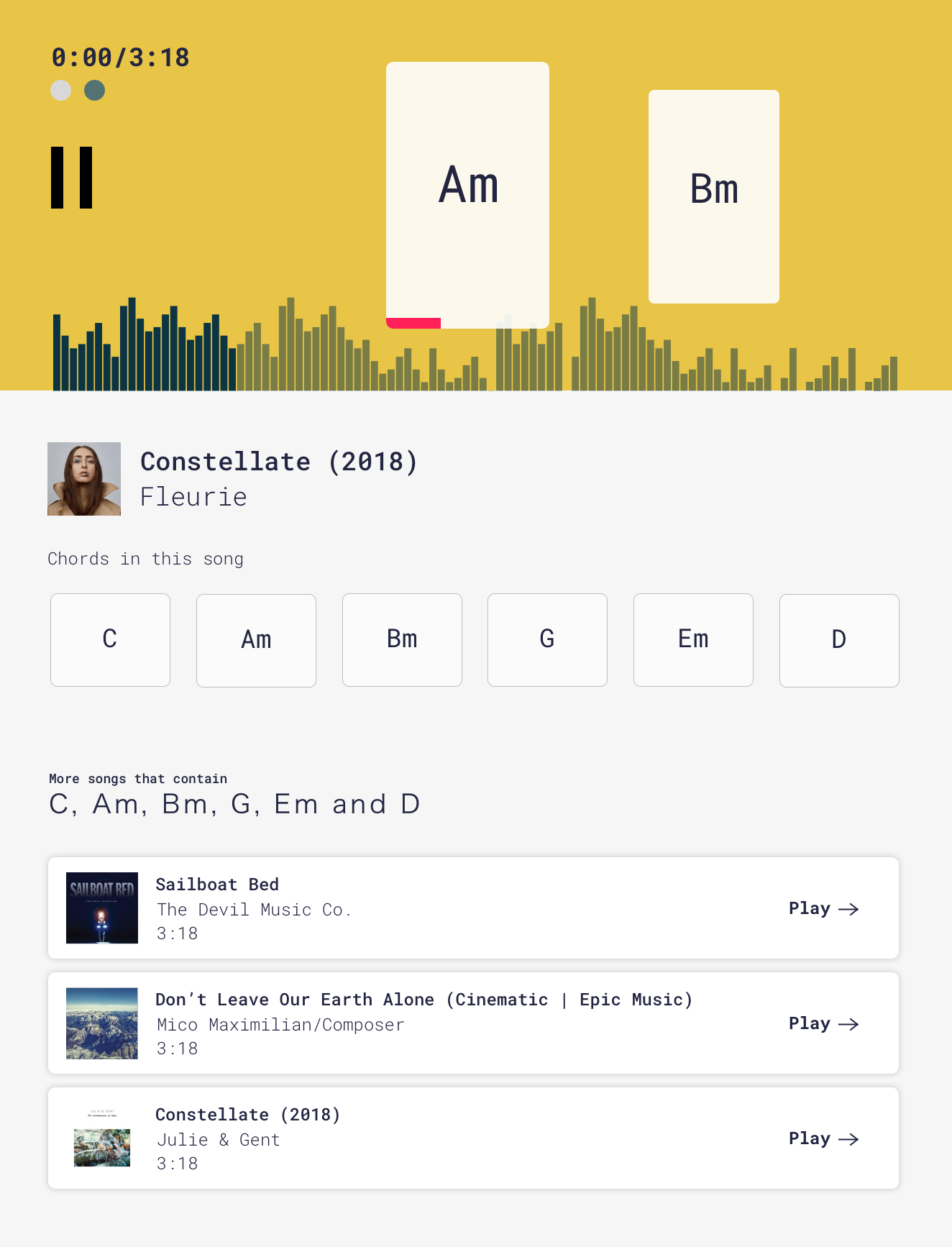 The Audio Commons Music and Sound Search Tool (MuSST) is a web interface that allows users to search for and browse sound and music content from several sources (online digital audio libraries) within the Audio Commons ecosystem. It includes a search feature to retrieve audio content from several providers. At the moment, the following content providers are part of the ecosystem: Freesound, a collaborative repository of CC licensed audio samples; Jamendo, a music content website and community of musicians and music lovers; Europeana, an European digital platform for cultural heritage.

The results can be sorted according to different criteria and eventually the audio files can be downloaded by users. Direct access to the source on content provider service is also made possible. 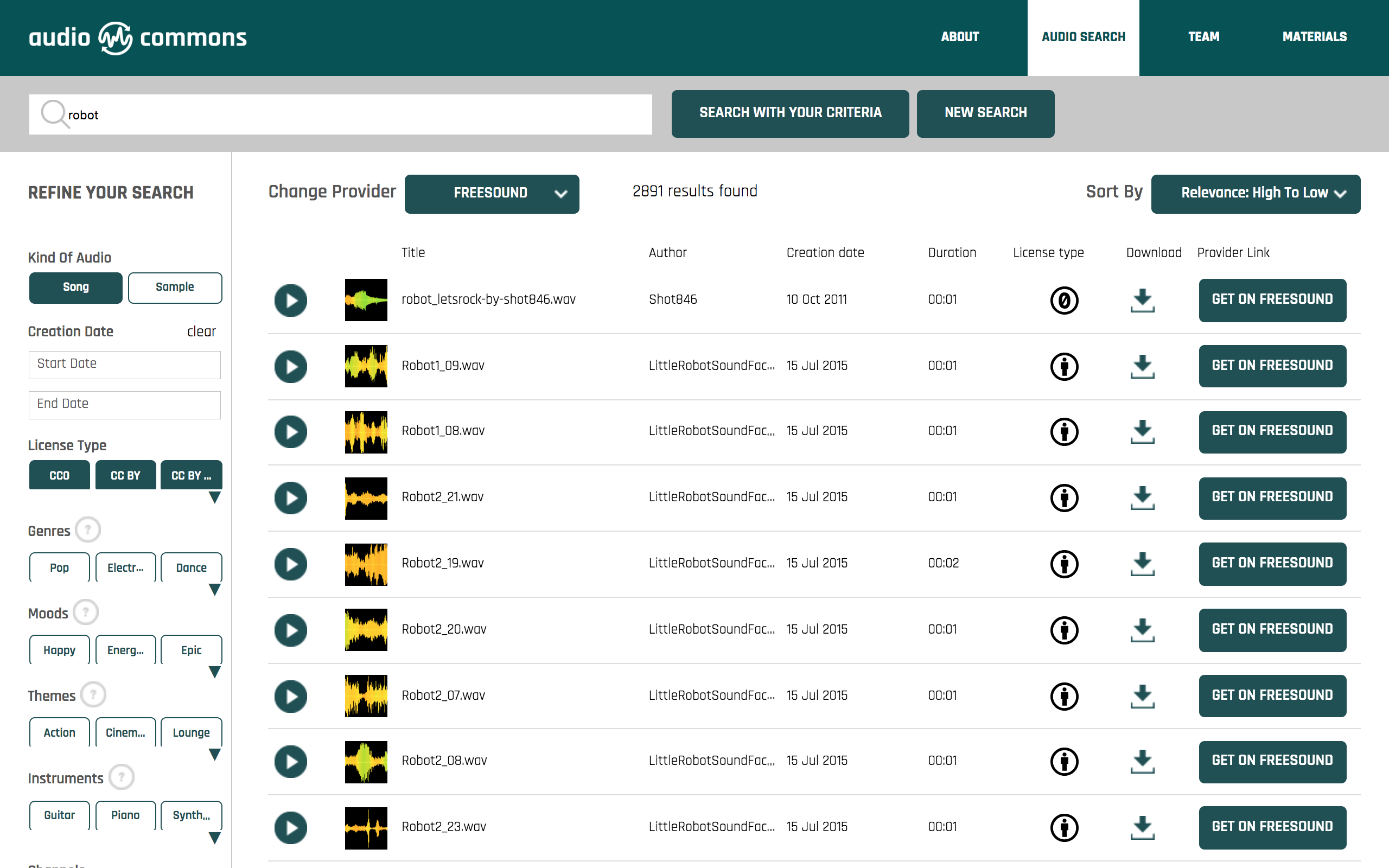 Playsound.space is a web-based tool to search for and play Creative Commons-licensed sounds. It can be used for music making in contexts such as free music improvisation, soundscape composition and sound discovery. The system provides a fast access to about 400k non-musical and musical sounds from Freesound and allows users to play and loop them in layered ways. Sound discovery and selection are facilitated by the use of semantic searches, metadata and visual sound representations (spectrograms). Aiming to design an intuitive music making tool for both novices and trained musicians, the site has also recording capabilities and attribution of credits to the original authors of the sounds from Freesound.org. 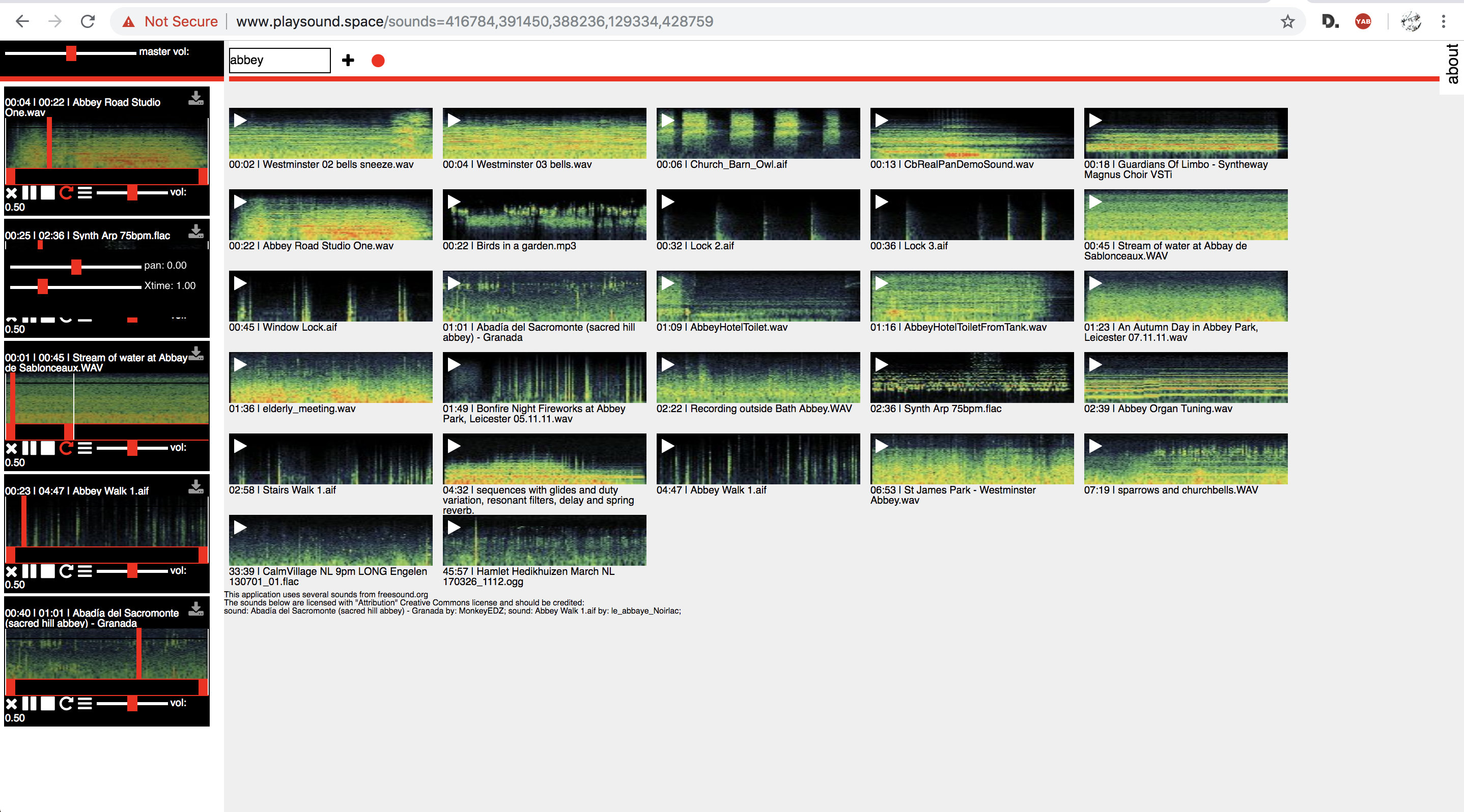 Read more information on Playsound at this blog post.

Below, a selection of pictures from the event! 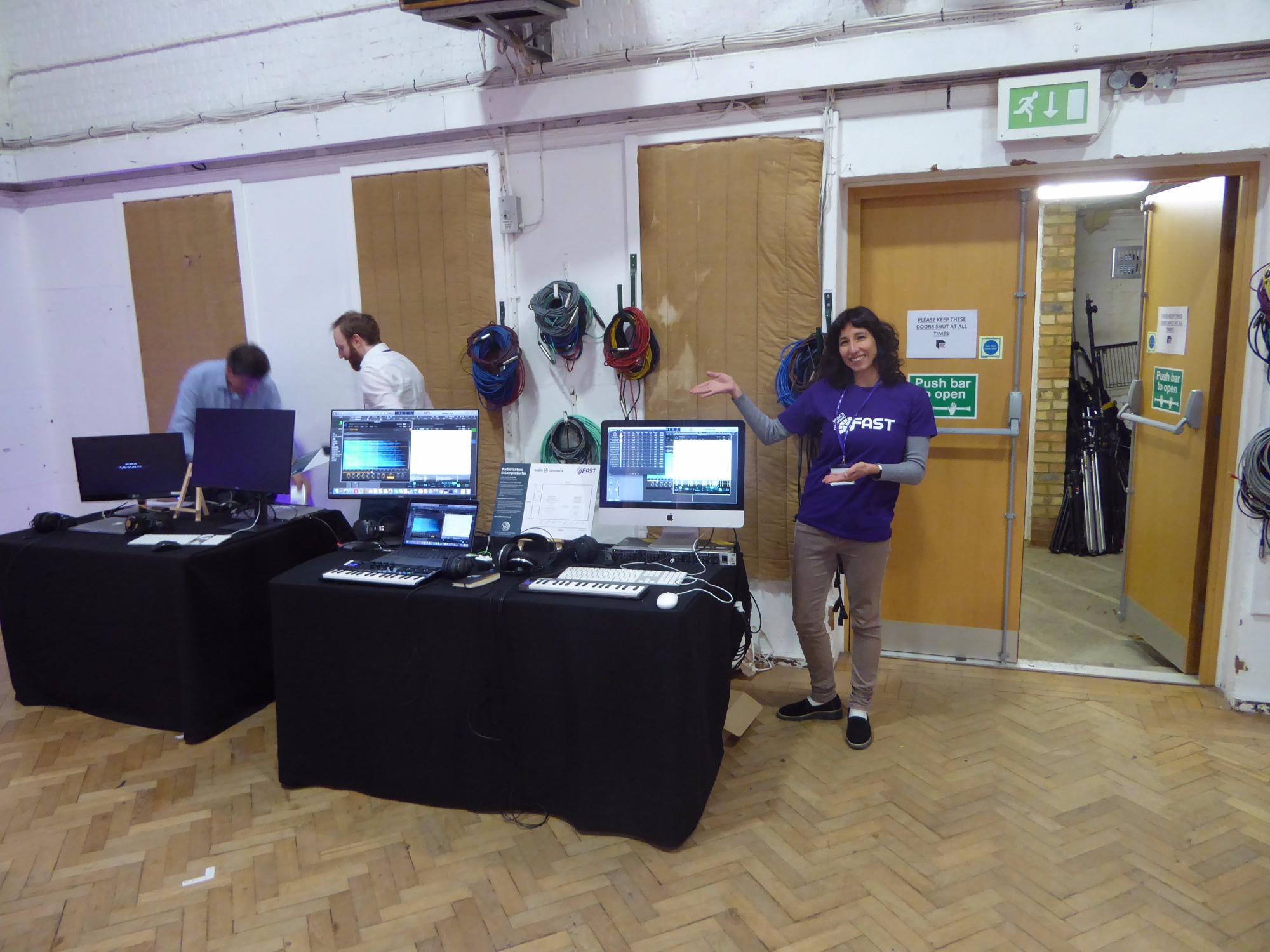 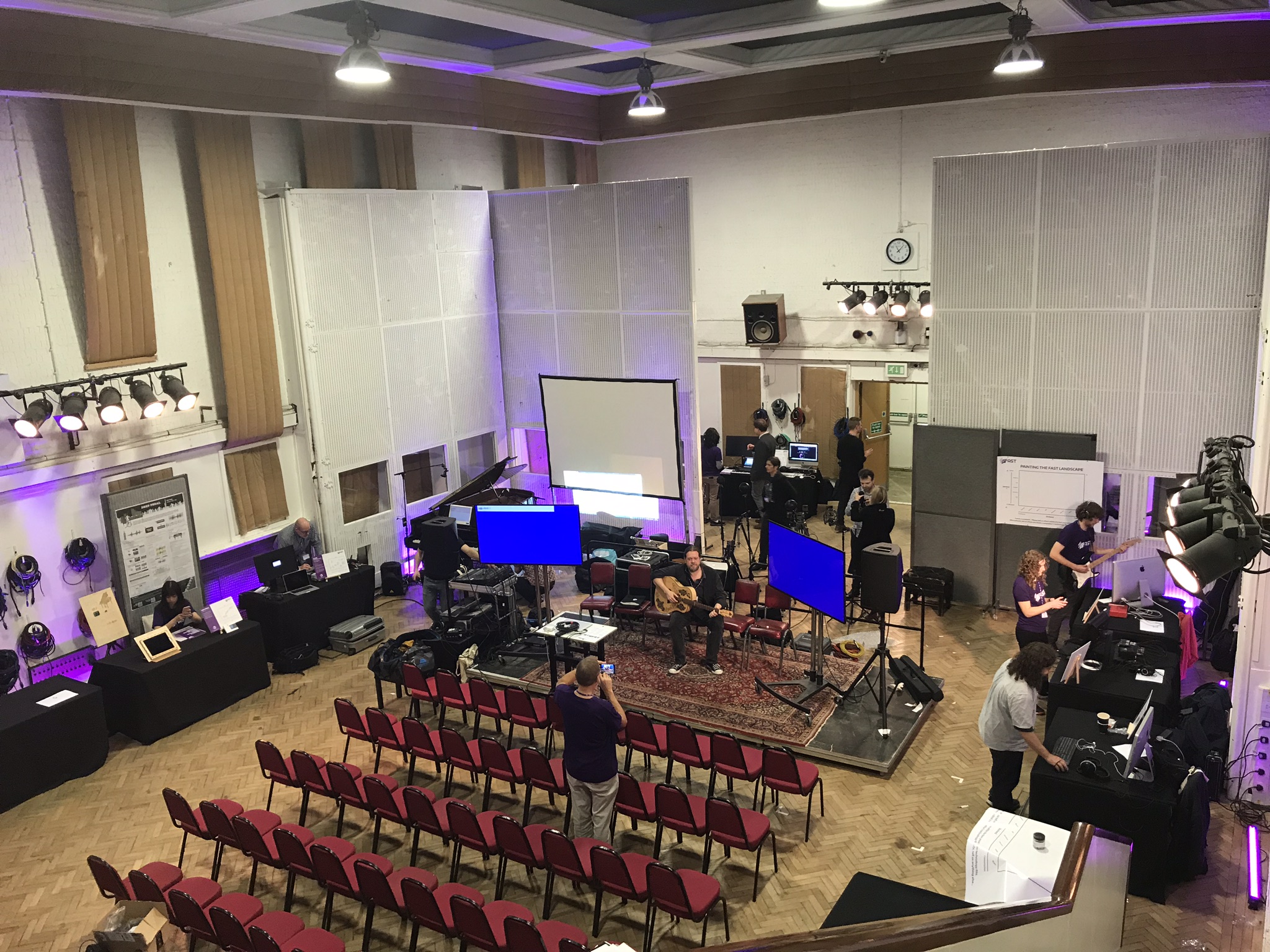 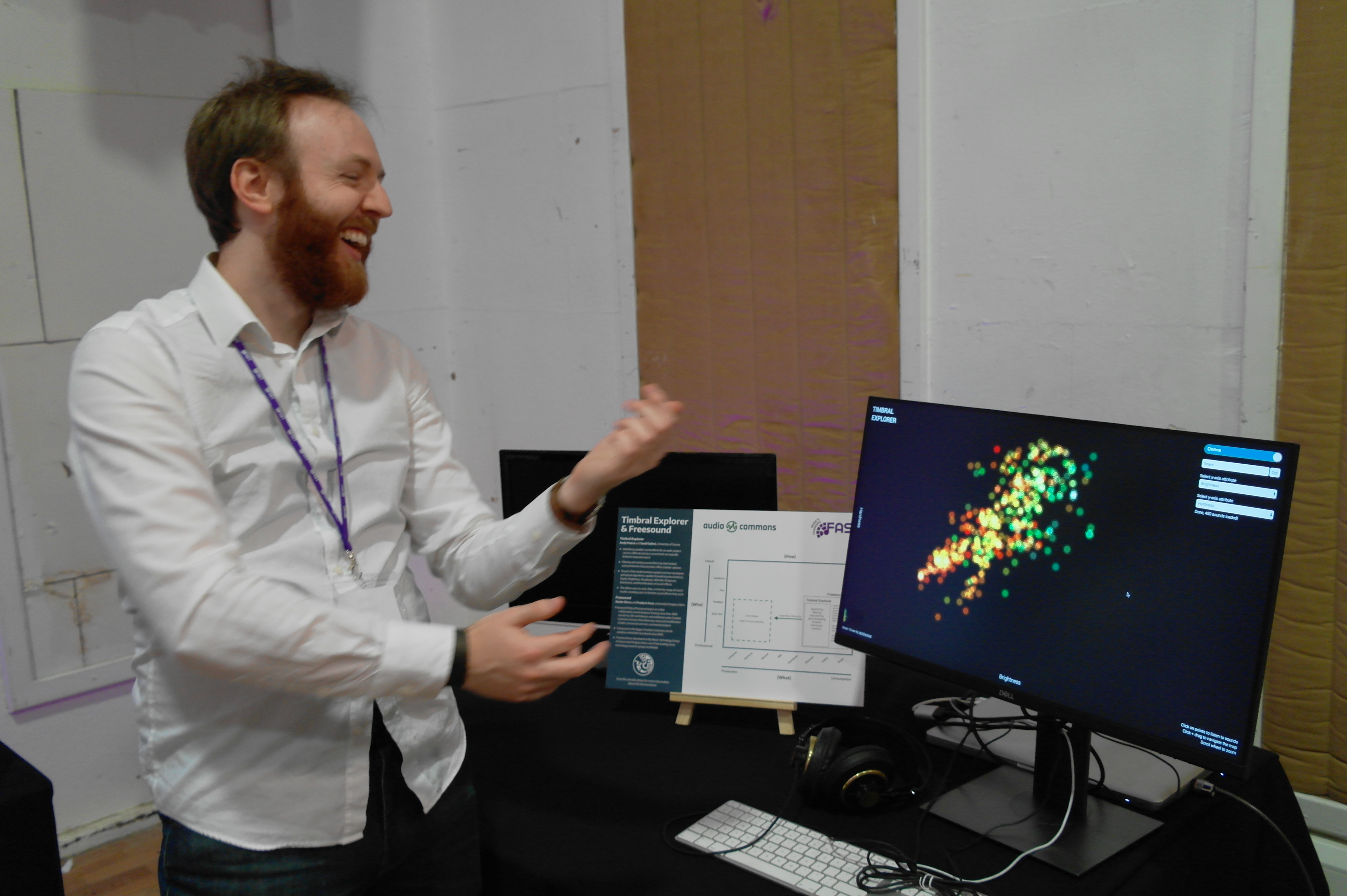 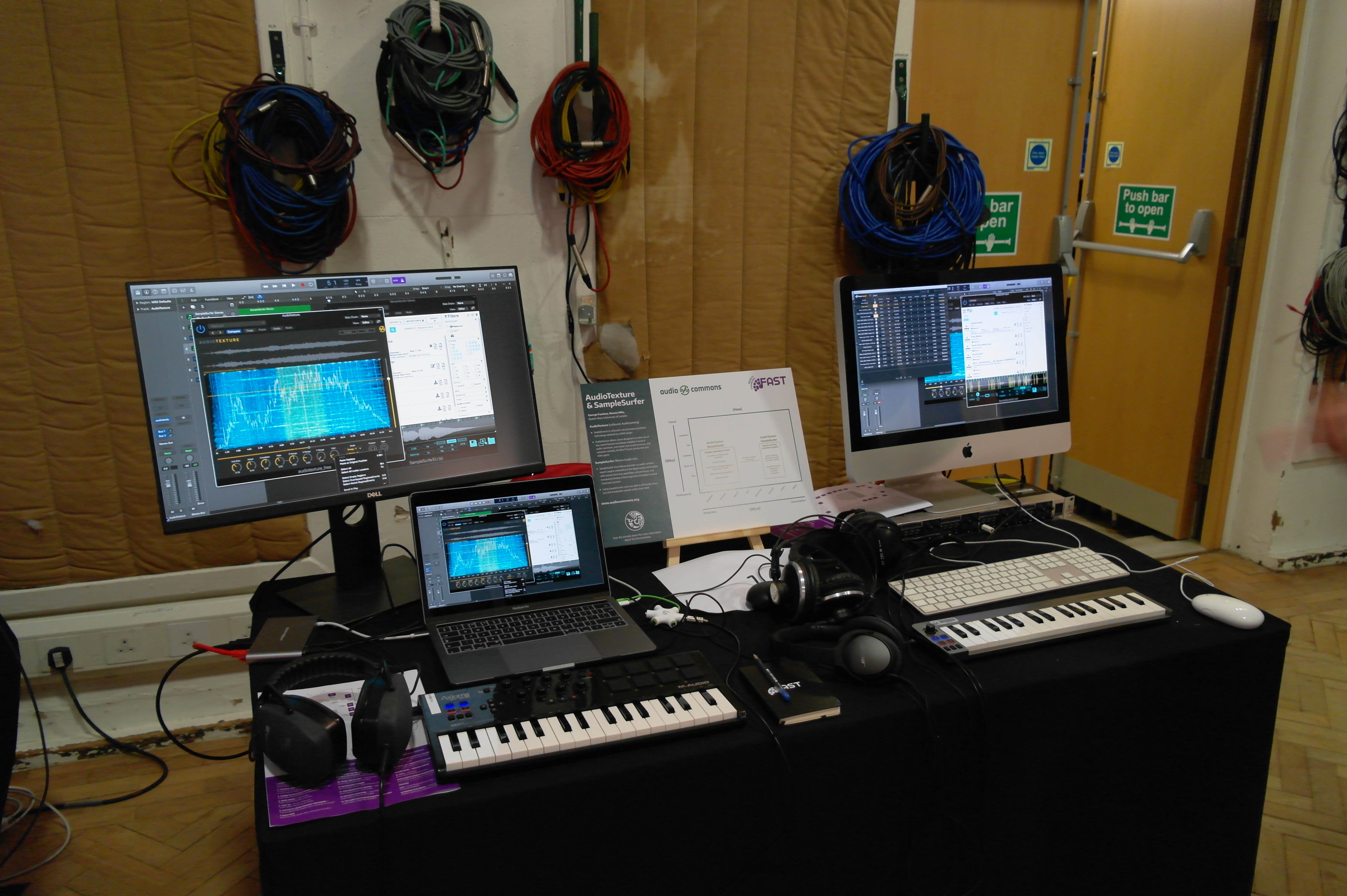 Video on Twitter of Johan Pauwels explaining Jam with Jamendo to Platform7 here.

Pauwels, J., Fazekas, G., & Sandler, M. B. (2018). Recommending songs to music learners based on chord content. In Proceedings of the 2018 Joint Workshop on Machine Learning for Music.

Stolfi, A., Milo, A., Ceriani M., & Barthet, M. (2018b). Participatory musical improvisations with Playsound.space. In Proceedings of the Web Audio Conference.